Skip to content
How do The Police feature in the new GCHQ Banksy?

They do do do, they da da da

Banksy has carried on with the theme of featuring policemen in his work, but this time in a rather surprising way. By actually featuring The Police ! This particular Banksy appeared overnight on the weekend of the 12th/13th April 2014 in Cheltenham, Gloucestershire and although the press are reporting it is only 3 miles from the main GCHQ, in fact there was a branch of the spy listening centre just at the end of the road, until recently, when the new building on the other side of town opened. So how are The Police in this GCHQ Banksy? Sting, Stewart Copeland and Andy Summers seem to be the basis for the three secret policemen listening in to the phone conversation, and they are of course The Police. Incidentally this is of my brother Andrew in the box itself, the picture taken hours after the painting was done and the sunglasses he is wearing were left behind in the phone box, possibly by Banksy himself. As one more interesting footnote, Stewart Copeland’s Dad was one of the founding members of the CIA which I think adds some more credence to this Police theory. 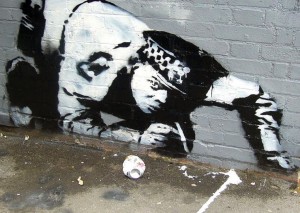 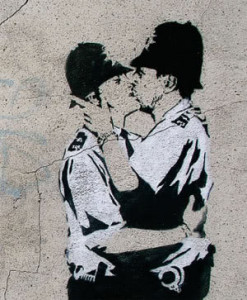 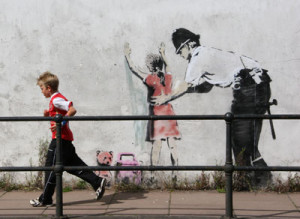 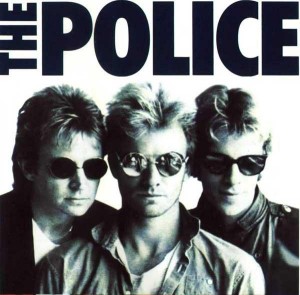 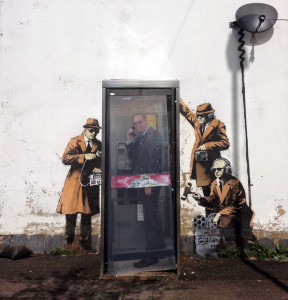 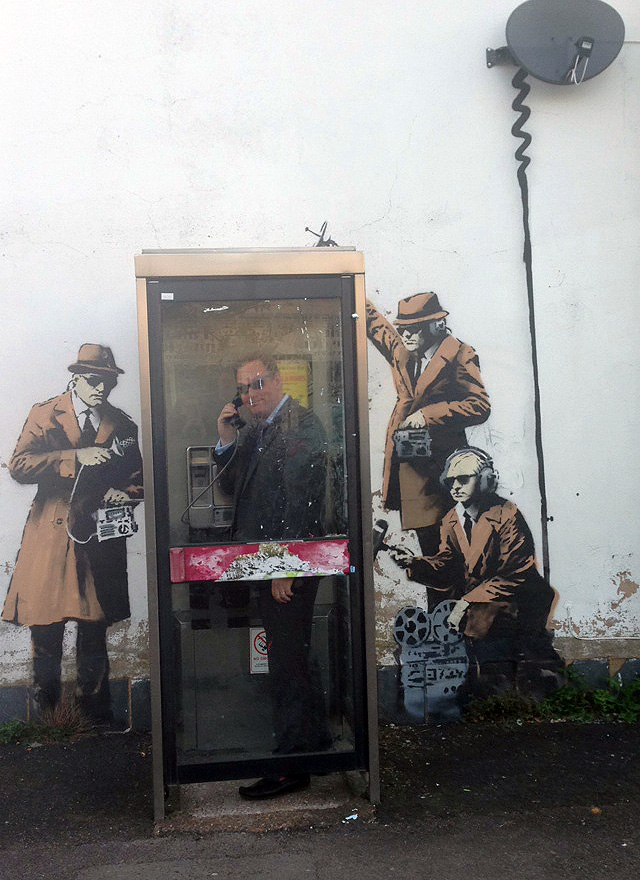 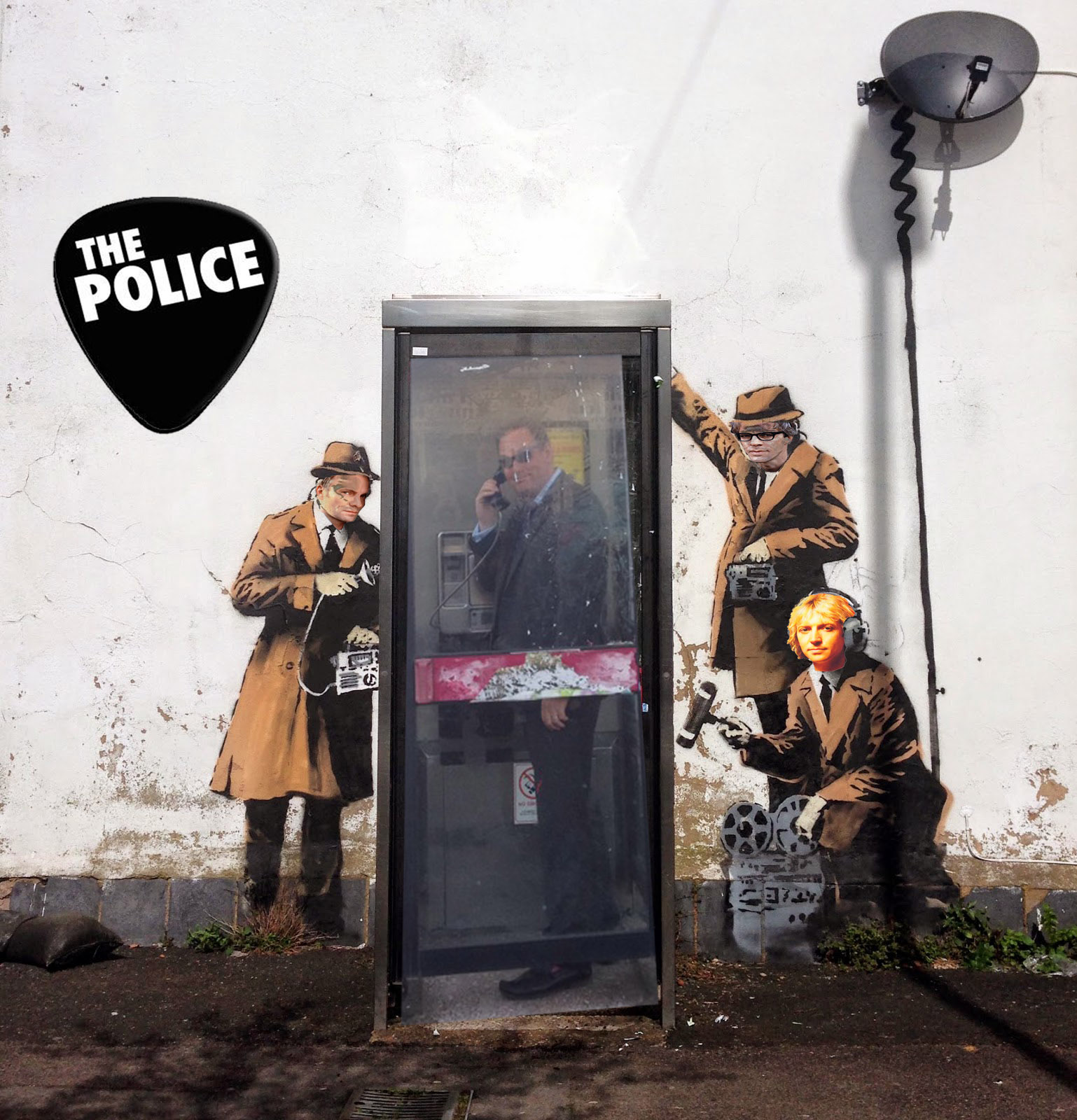